Edmonton Block Heater is Vancouver, BC’s stalwart purveyor of New Wave Americana and a local secret too well kept. All the jangle and spank you’d expect from a power pop trio – big guitars, hooks, wit, harmonies and handclaps – but with a broader palette and bigger ambitions. Taking excursions into folk, country, R&B, and even Latin sounds, the band’s unpredictability stems from one simple goal: do what’s right for the song.

EBH is Brendan Mooney (bass, vocals) Ross Smith (vocals, guitars, keys) and Paul Tansey (drums, vocals, mandolin, lap steel, accordion). Formed in the early 00's they have been a steady fixture on the Vancouver pop scene ever since. Never quite in with the in-crowd, they've always been content to find their own way even if it's the hard way. Their 2005 "Get It All Out" was warmly received by campus and public radio and the band took the album on the road throughout western Canada and the US over the next two years.

2007 saw them take on the role of punk misfits in a highly acclaimed Vancouver production of "Hedwig and The Angry Inch," garnering rave reviews for their playing and acting alike. Subsequently, Paul grew his family, Brendan toured with renowned Celt-rockers, The Town Pants, and Ross kept writing, producing and engineering. All along, the band continued to develop material and then finally got down to the hard work of finishing a new record, 2011's "Mars, Massachusetts".

“Mars” showcased a mature, confident set of 14 songs just as likely to rock the house Saturday night as tend to your hangover Sunday morning. The ferocity of “The Want And The Need” gives way to the Neil Young meets Neil Finn acoustic sparkle of “Lumberyard” and it to the 80’s-tinged pop bliss of “Kiss Me Kate” - that’s only three songs in. The band wanted an unpredictable record and they delivered one. What united it all was a commitment to song and album craftsmanship alike. “Mars, Massachusetts” is a record made to last.

The new EP "Rover" (2013) was conceived as a companion piece for "Mars" by taking the foundations laid by the previous record and building them out every which way. The songs push the band's stylistic influences further afield, including excursions into the mellow, with the jazz-tinged "Deep Down" to the downright Queen-inspired epic, "S.O.S.". Of course the trademark wit and snarl are there too: "Teenage Fanclub" takes on aging hipsters while the driving "Hammer and Nail" looks at the inescapable corporate influences in our lives from the inside out.

EBH is ever striving to create timeless music, to weave together some stories and melodies that resonate with truth and empathy and humour. And something to shake your booty to once in a while - it is rock’n’roll after all! 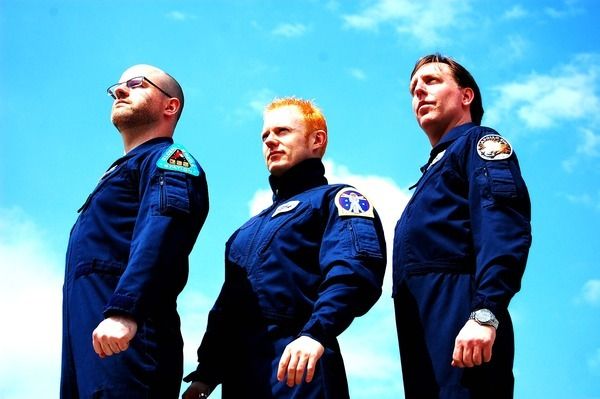